Newest, beautiful, single women now added for week of Wednesday, January 15, 2020 - Tuesday, January 21, 2020
You have to meet the women to marry them! We have group singles tours departing nearly every month!

Ukraine Women – Tradition and Cultures of These Beautiful Ukraine Singles 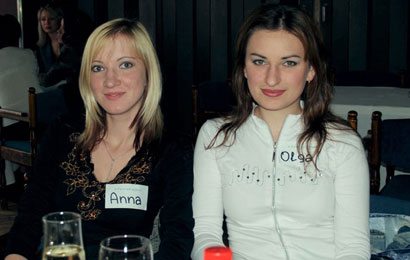 The traditions of Ukraine women make them one of the most sought after brides.

Ukraine women may strike the hearts of countless men with ease but when it comes to dating one, it can most certainly leave you head over heels. But before you jump into your plan of dating a beautiful woman in Ukraine, it’s best to take the time to learn more about their dating culture and marriage culture.

Growing up, the traditions of Ukraine women are taught to young girls from an early age. This includes how to take care of other members of the family and how to bring themselves up independently. Through the moral values and traditional practices being circulated around the younger generations, these ladies truly portray what it means to be Ukrainian.

When approaching and introducing yourself to women in Ukraine, it’s important to remember that there will most likely be a language barrier between the two of you. Ukrainian women are not particularly fluent in the English language, so it’s always an ideal option for you to learn a few Ukrainian phrases and even some ice breakers, before meeting women in Ukraine. Having done this will surely impress the ladies if you approach them using a bit of their native language. Having the motivation to learn a few words from the dialect of her homeland shows how much interest you have. These are just a few helpful and effective examples on how to meet women in Ukraine.

The culture and traditions of Ukraine women show deeply when you have the chance to meet them in person. Their love for their country and heritage stems strongly from their rich history. Although it is filled with strife and difficulties, they remain steadfast and genuine even today. From their religion to their morals, women in Ukraine have developed into naturally caring individuals.

Tour clients get to meet and date hundreds of women through our Ukraine singles tours.

Religion is an important factor that has helped build the foundation of Ukraine. Through religious events in the history of Ukraine, it has not only shaped, but established the culture of Ukrainians today. Even though the country has no specific or official state religion, majority of the population adheres greatly towards Christianity. In the year 988, Prince Vladimir introduced Christianity to Ukraine and as a result, the country has started practicing the Russian Christianity and Orthodox culture until today.

More than half of Ukraine’s population currently follows Eastern Orthodox Christianity, which revolves around adhering to a set of doctrines or creeds of the early church. The country also holds a mixture of different religions such as Islam, Judaism and Hinduism.

Due to the religious values of Ukraine women, they have a more traditional mindset when it comes to marriage and dating. They still practice the courtship phase and only commit to men when they deem the relationship worthwhile. They focus on dating men who they think has potential for their hand in marriage since casual dating isn’t common in the dating culture of Ukraine.

Marriage isn’t something Ukrainian women take lightly. Above all else, they believe that the union between a man and a woman should take a considerable amount of time, before they are able to make any commitments.

Their culture today is based from their difficult past, especially in having to learn trust and discipline in order to become well-rounded individuals. Through their struggles, they have become strong and independent women today. 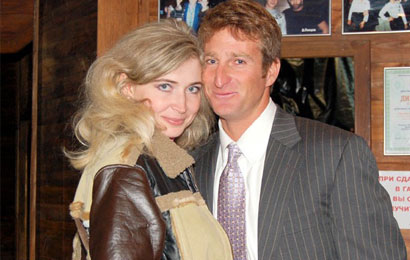 Win the heart of European women in love as you meet them through our services!

Women in Ukraine not only practice traditional values in their personal lives, but also with regard to their daily routines. When it comes to handling things at home, these women take it upon themselves to ensure all is well-taken care of. When dating and marrying single Ukraine women, they believe that the man is the head, while the woman is the neck. The husband has the role of providing for the family, while Ukraine brides are the ones who support their partners and families.

In terms of European women in love, their mindset is that the man should love the women more than she loves him. This mentality is what makes the relationship a strong and long-lasting one. This traditional view on dating has made these women one of the world’s most sought-after brides. Their ability to love and maintain relationships have earned the respect of not only their partners, but of other women as well.

Lastly, it’s important to keep in mind that Ukraine women love to be treated well since they highly value their own worth. It takes a respectful and worthy man to win their affection; thus when winning their heart, it’s explicitly clear that keeping their love requires effort and dedication.

Registration is free! Sign up to avail of our many matchmaking services, where you get to communicate and actually meet the women in person. Experience international love like never before.

Newest, beautiful, single women now added for week of Wednesday, January 15, 2020 - Tuesday, January 21, 2020
You have to meet the women to marry them! We have group singles tours departing nearly every month!