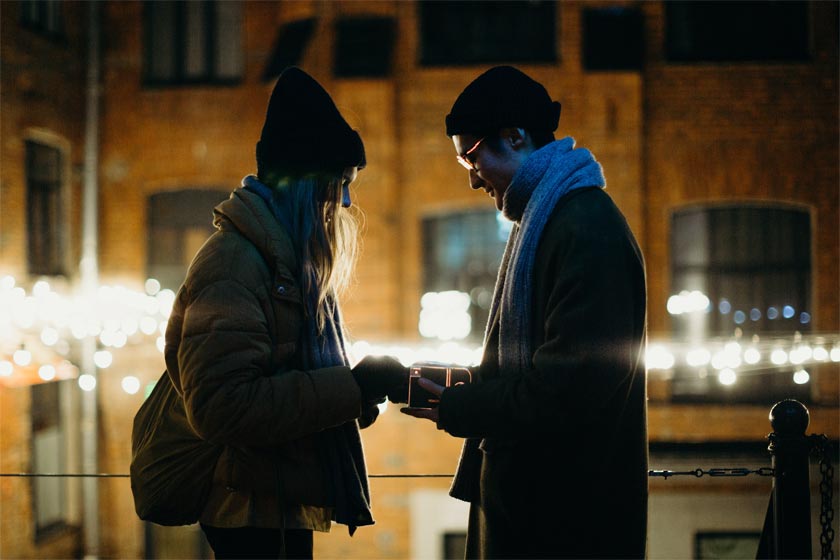 There is a fair number of men in the world who are interested in meeting and dating Ukrainian women. These men like the idea so much that some of them sign up for free online dating in order to attract the attention of one.

The thing about attracting attention, especially through online dating, is if it works then it works. However, some Western men freeze up when their efforts do pan out because a lot of them do not think that they could even make it far enough for them to find someone willing to give them the time of day.

Whether it is due to poor social skills, a lack of experience, some men find themselves unable to start a conversation when they are on those dating sites for singles because the woman who turns their attention towards them is so beautiful that they can’t come up with the right words,.

But for these men to start dating a Ukrainian girl, they are going to have to find a way to start talking to them. Talking is one of the most common forms of communication available and communication is kind of an essential element of a relationship. To help get you started, here are are few tips:

One of the simplest ways to break the ice is to simply say hello. If you happen to be on one of those dating apps, sending a message with a simple greeting is a pretty inoffensive way to start talking to someone.

It may not be the most glamorous or exciting way to start talking to a person, but it is one of the safest ways to do it. It is almost impossible to offend someone with a polite greeting. It may not be all that daring, but being daring can sometimes backfire spectacularly.

For those that are a little bit more daring, a joke can be a great way to start communicating with Ukrainian women. After all, humor can be very beneficial to those who are trying to land dates and women generally like it when a guy can be funny.

Now, the thing about humor is that it is very subjective and that can be rooted in a person’s culture. So before you start firing off the zingers that had your friends clutching their bellies in laughter, maybe make sure that your punchlines are not the kind of punchlines that offend someone from Eastern Europe. Offending someone can be a one-way ticket to rejection.

This information which they reveal is going to be important, because the exchange of information is an important facet of any relationship, romantic or otherwise.

Keep in mind, however, that too many questions can be off-putting. If you just keep asking and asking and asking, you will come across as more of an interrogator than as a potential boyfriend and life partner.

So use the questions in moderation because too many questions can lead to an overall lack of communication. Also communication is supposed to be a give and take, so you should probably surrender a bit of your own personal information by letting her ask a couple of questions.

Sometimes, words are not enough. Words are great and all but there are times when they simply fall short of the thoughts that you want to express.

If there is one great way to start talking to someone either over the internet or in real life, it is to pay them a compliment. A compliment can help brighten someone’s day, and if you make her feel good about herself, it can help to form a positive impression of you in their minds. This can be really great if the person you are complimenting is someone that you are trying to date.

Of course, there is a fine line to be walked here, since being too complimentary can either come across as aggressive or creepy. So if you do decide to pay someone a compliment, try to use a light touch.

Sometimes, you do not have to send someone a message because that person you want to send a message to has already put one in your inbox.

Dating Ukrainian women can come with a lot of complications. Chief among those complications is the likelihood that you are not in Ukraine and the women are. So that is one thing that can be a fly in your ointment. But a good conversation can help you overcome some complications or at least lead you to a place where they can seem like they are worth the trouble. But conversations have to start before they can get good.