Winning Over a Ukrainian Family | Dating in Ukraine 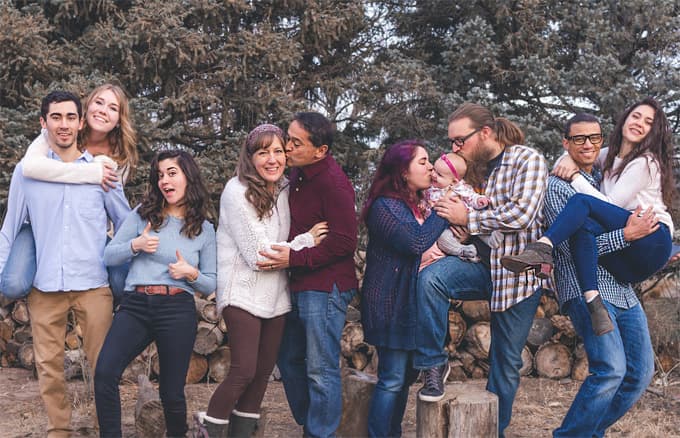 Find out why winning over a Ukrainian family is important.

Dating sites for singles do a lot of things for lovelorn men; they give them hope, they connect them with single women, it helps them date those single women, and sometimes, it helps them take those women from singledom into marital bliss. What many of the best dating sites don’t do, however, is help a guy win over a Ukrainian family, especially if a Ukrainian woman is someone he’s interested to date.

A man who dates a Ukrainian woman is going to have to jump through quite a few hurdles. The first, and possibly the most pressing one, is the distance.

Then there are the legal obstacles. Most countries aren’t just going to let anyone through their borders. There is a lot of paperwork that both parties are going to have to fill out if they want to be together in either country, and if that paperwork is not properly filled out, then that can mean having to repeat the process all over again.

Then there are cultural factors that need to be taken into consideration. Two people who grew up in two different countries are more than likely going to have slightly different sets of morals and values, and sometimes those morals and values can clash, which can be a pretty big thing in relationships.

Then there are times when they’re just not going to like you. Her parents might be wary of the relationship because of you being foreign to them, and if you happen to be significantly older than she is, then that might be something that really gets them worried.

The thing is that Ukraine is a pretty conservative place when it comes to their family values. If you want to make a Ukrainian bride out of someone you met on a dating site, then you’re not just going to have to win her over, you’re going to have to win over her family as well, because if you don’t win them over, then your relationship is not going to make any sort of forward progress.

Luckily, there are a few ways to win over a Ukrainian family, some tips you can apply to convince them that you have their daughter’s best interests at heart.

1. Show that you can support her.

Here’s the thing; in Ukraine, there’s a bit of a conservative mentality when it comes to gender dynamics. Yes, Ukrainian women have careers of their own, but there’s also a conservative bent in that there’s an expectation for the man to financially support the family -- to be the provider, the breadwinner, the home bringer of bacon.

There’s also the fact that if you do bring a Ukrainian lady to your country, she may not be able to find work right away, which means that she’ll be dependent on you at the outset, and you need to show that you’re capable of shouldering the financial burden.

It should also be noted that if you’re marrying someone significantly younger, then they probably won’t be as far along in their careers as you are, and will not have reaped the financial benefits that you have.

Some people are still wary of dating sites. That’s a perfectly reasonable response to people whose opinions of the internet solidified in 2005 or so. In the minds of many, free online dating sites are havens for total creeps.

Of course, it’s not enough to have good qualities. A Ukrainian lady’s family won’t be satisfied even if they’re convinced that you’re not part of some human trafficking operation because that’s kind of the bare minimum.

If you can display to her family that you will treat her in a way they feel she deserves to be treated, then that’s going to score you a lot of points with them, and those points are going to go a long way towards winning them over.

It’s not technically bribery, even if it does contain elements of the spirit of bribery, but bringing a nice gift for the family when you go to meet them can be pretty great for getting them to like you.

It doesn’t have to be anything too extravagant because an overabundance of extravagance makes the intent transparent, and you might offend them by implying that they can be bought off.

Maybe go with a nice bottle of wine for dinner or a box of chocolates for dessert. Something simple and inexpensive, but nice enough that it’ll influence their opinion of you. It may seem a little underhanded, but all’s fair in love and war.

If you’re meeting her family, make it a point not to come empty-handed.

So if you do go to your potential wife’s home and notice that it may not be up to your usual standards, show a little bit of tact and hold your tongue lest you offend someone and break your own heart.

Winning over a Ukrainian family is not the easiest thing in the world, but if you want to be with their daughter, you’re going to have to.