How To Win Over A Ukrainian Family 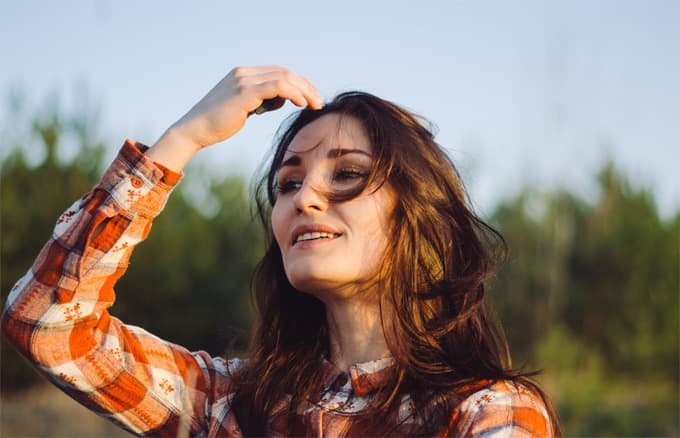 Winning over Ukrainian women may entail winning over their families as well.

Considering that there are so many pros and cons of marrying a Ukrainian woman, it may seem like just another step in marrying her to have to win over her family. But winning over her family is going to be an important thing because Ukraine has a pretty family-oriented culture. Of course, if finding love were easy, everyone would have done it.

One of the trickiest things about online dating is that there is a lot of information that can be left out. A woman can put some information on her profile, but she won’t mention anything about her family, information which could be pretty helpful for anyone who may find themselves in a position where they need to win someone over.

So any man who wants to try his hand at dating beautiful Ukrainian women is probably going to have to get ready to dig deep for useful information and be pretty observant in order to absorb that information.

But even a man with a lot of information about his potential partner’s family may not be able to win them over. It’s one thing to have intelligence. It’s another thing entirely to turn that intelligence into tangible action.

A Ukrainian family is going to be protective of its daughter. They’re going to want what’s best for her and they’re going to want her to be taken care of and provided for, especially if she’s leaving them for a new country where she may not know the language or have any friends and may not be able to find work right away. Just because the gender ratio in the country means that foreign men may be the only option for a lot of women in Ukraine doesn’t mean their families are just going to send them off to just anyone.

This means that any man who wants to be with a Ukrainian woman and take her back to his country is going to have to show that he’ll be able to take care of her, provide for her, and give her a secure and comfortable life, especially since she likely won’t have access to the means to provide that type of life for herself.

Keeping with the fact that Ukrainian families are careful with their daughters, sometimes it won’t be enough for a man to be able to provide for her as well. He’s going to have to show that he’ll be loyal and true to her.

Ukrainian women may sometimes find themselves with a lack of local options, but it doesn’t mean that they and their families are just going to roll over and take it if their husbands do not treat them the way they deserve to be treated.

So it’s best to demonstrate that you’re ready, willing, and able to treat a Ukrainian woman with respect, dignity, and of course, love.

Some people were raised with the notion that they should never show up empty-handed to a person’s home if they are invited. These people usually bring a trinket or something similar, a dessert, or a bottle of wine, something in that vein.

This isn’t to bribe them, at least not entirely. But this does demonstrate some level of generosity and manners, both of which are pretty desirable traits for a guy who is going to take a Ukrainian family’s daughter to what is hopefully a better life.

At a minimum, you have to get the parents to like you or at least be willing to sign off on you marrying their daughter. But if the woman that you’re with has siblings, then their opinions may have to be factored in. Maybe their opinions matter to your lady love or maybe the family likes to make big decisions unanimously.

In either case, it’s best to win them over as well. This means learning everything you can about them so you can ingratiate yourself with them and make them feel a little easier about you marrying their sibling.

A lot of guys don’t make the best sartorial choices. They’ll put on some shorts, a baggy T-shirt, and some chunky sneakers and think that they’re fine since they’re not naked, and while they may be comfortable, they’re not exactly fashionable.

6. Have some jokes ready.

Humor is a pretty great thing for connecting with people. Making people laugh puts them at ease, and when people are at ease, they become a lot more flexible and open to liking someone new. It’s why humor is such an important part of romantic relationships.

But it’s not just romantic relationships. If you can make a woman’s family laugh, then they’re going to like you, and if they like you, they become more comfortable with you marrying their daughter/sister.

Marrying someone can sometimes mean building a family with them. However, it can also mean marrying into an existing family. But marrying into that family may mean winning them over first.

The thing is that winning over a Ukrainian family is pretty possible. Scores of foreign men manage to do so every year and marry their Ukrainian brides.