How to Get a Date with a Ukrainian Woman 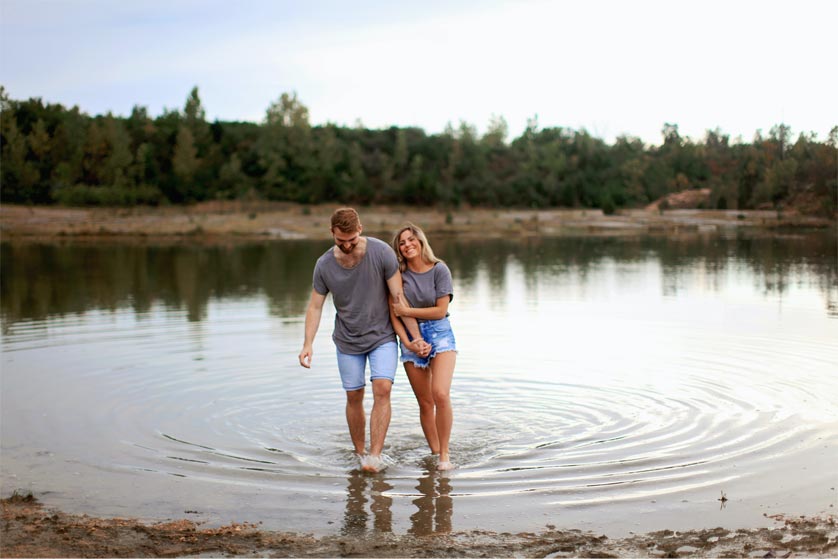 Lots of guys all over the world would not be all that opposed to the prospect of dating a Ukrainian woman. There’s a lot of good reason for that, since women from the country, and indeed, Slavic women in general, tend to have a stereotype of being desirable about them. That stereotype, whether true or not, makes them sought after by men throughout the world.

Of course, just logging on doesn’t mean that you are going to succeed at international dating. No, there are quite a few things that need to be done first so as to make sure that success can be found.

It is not as if you can just go on the internet and immediately find love. No, you’re going to have to put a decent amount of work in if you want to have a chance at succeeding in your desire to find a life partner. Because almost everything in life that is worth it is going to require a good amount of work.

The steps may not be entirely definite, but following them can be extremely helpful to guys who want to land dates with beautiful women from a different country. To help you get a date with a Ukrainian lady, here are some tips to follow:

One of the most important steps that you have got to take in order to start dating Ukrainian women is to find a platform to do just that. This step is important because a woman from a different country is not going to be aware of your existence simply because you’ve decided that you want to date her.

No, if you want to have any kind of shot at succeeding at dating over the internet, you’re going to have to sign up for some online dating sites because those sites are a great way for you to put yourself in a position where you are on your desired woman’s radar because getting on her radar is kind of important if you want to present yourself as a viable romantic option.

The thing about humor is that it is a pretty important part of dating. Women generally like it when the man who is pursuing them is at least kind of funny. Being funny is something that is seen as somewhat attractive, after all.

But the thing about humor is that it is also pretty subjective. What is funny to one person may not be funny to another and it is also cultural, meaning that just because it’s funny where you’re from doesn’t mean it will be funny in a different part of the world.

Also humor can be generational, so if the recipient of your jokes is somewhat younger than you, your humor may go right over her head since it may reference media from before she was even born.

So if you do want to throw out some humor before asking someone out, you may have to work on your material so as to make sure it will actually land the way you want it to land.

One of the most important aspects of online dating is the profile. This is the thing that gets the attention of a potential partner. This is more than likely the first point of contact that someone is going to have with you when you’re trying to land a date over the internet.

But putting together a dating profile isn’t as easy as signing up and uploading some pictures. There’s something of an art to a great profile. Also, dating sites generally won’t let you use the bulk of their services unless you have a profile. Now, there are more than a few online dating articles out there that lay out how to craft a pretty good profile.

An important aspect of dating a Ukrainian woman is talking to her. Which is why the opening line is important. How you initiate communication with someone can likely set the tone for all interactions in the future and thus, the potential relationship that may or may not happen at some point in time.

As such, it is of utmost importance to work on your opener in order to possibly land a date because landing a date is the exact thing you want to happen.

One really great way to land a date with a woman over the internet is to simply ask her out. Just asking someone whether or not they would mind it if they were to spend a significant amount of time with you in a context with definite romantic undertones.

Also, asking is pretty much the only way you’re going to understand if you want to know if someone is into you. Plus, it is direct. Ask them the question and get a yes or a no.

So simply asking is not the worst idea in the world. But you do need to establish some kind of rapport first, even if it is just a little bit of flirting beforehand.

Also, remember to be optimistic. Believing that you can get a date is a pretty important factor in actually getting a date.

If you want to date a Ukrainian woman, there are a lot of things you have to do and doing those things will not always guarantee a date. But some of these things that are done are not the kind of things that might hurt your chances.