Being MORE Desirable to Ukrainian Women 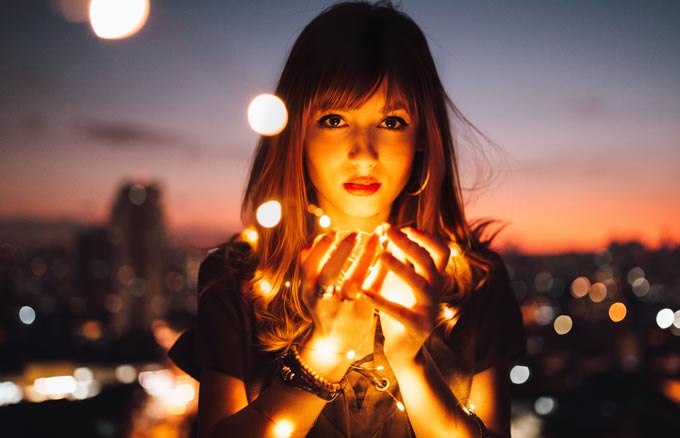 Online dating is a lot easier when you’re more desirable

There’s a whole slew of men who want to date Ukrainian women. But since those women are mostly found in Ukraine, a lot of guys try their hands at internet dating in order to find the type of love that they really want. But dating sites can only do so much for a guy who’s trying to find love.

One of the main disadvantages of online dating is that the online nature of it means that a guy is not able to paint the fullest picture of themselves. This means that a woman may find herself being let down by the reality because the guy they’ve been talking to on a dating service seemed like a bigger catch than he is. Free online dating is free, but there are a few downsides to it.

But there are a few things that a guy can do when he meets women in Ukraine that can make him a bit more desirable, a few things that can be done to boost his stock and to make himself into a bigger catch than he initially appeared to be.

These things may not be big gestures and they’re not always about being physically attractive but more about little things that a person can do to display that they’re actually a good person -- beauty fades but character is forever.

In business, there’s this thing called the ‘waiter rule.’ Basically, if you’re at a dinner or a lunch or some other meal with someone and you’re about to enter into a business agreement with them but are unsure of their character, observe how they treat servers.

If they’re respectful towards you but not towards the staff, then they’re not a respectful person. They’re only pretending to be towards you because you have something that they either want or need. Whatever the case, they’re putting on a show in order to get something from you.

Ukrainian women are not dense and if you’re nice and respectful to them while being the exact opposite of that to the waiter or waitress bringing your food over to you, then they’re going to realize that you’re not that nice of a person.

To be on the safe side, just go ahead and treat everyone you meet with kindness since it’s a great way to display kindness.

Also, tip well if tipping is a thing. It’s not just a nice thing to do, but it’s also a subtle way to demonstrate that you are a man of considerable means. Fifteen percent is likely a safe bet since that’s the standard, but twenty or twenty-five percent is really going to show off.

In short, be a decent human being or you may end up having to to trawl through dating apps again.

People are always saying to not sweat the small stuff, but the small stuff must be sweated. This is not to mean that you should be petty. It just means that you should actively listen to your woman and look through her profile and maybe even do a bit of light internet sleuthing to know a few of the things that she likes and dislikes so that you can better surprise her with things.

It’s an unspoken rule of online dating that there’s the expectation of a little bit of light detective work.

The great thing about online dating is that a person’s profile usually has more than a few useful tidbits. Being able to remember the small details about a person shows that you care enough about them to commit such details to memory.

3. A compliment but one where no one get put down

Some guys pay their girl a compliment by putting down another woman, like how they’ll say that her hair is so much shinier than this other girl’s hair. They don’t mean to be malicious, it’s just that that’s how they normally pay compliments.

Also, pay her a compliment to something other than her looks. A Ukrainian woman is going to have a fully-formed and independent personality and they’re going to want to be known for more than just their looks. Maybe compliment their humor or their intellect -- things on which they may not get a lot of compliments.

One huge green flag when it comes to a person is when they make the person that they’re with feel safe. This is something that you can do on a date and making someone feel safe isn’t just about their physical safety.

Making your date feel safe and secure enough to be her authentic self is a huge way to display that you’re a keeper. If she can talk to you about her fears and insecurities, then that’s a really good sign that she trusts you.

One great way to get her to feel safe and secure enough to open up to you is to open up to her. Let her know the things that you’re afraid of and the things of which you may not be all that proud. Letting her in will be a signal that you’re invested in the relationship.

Of course, being a good and decent person is the kind of thing that keeps a woman around. But you should also put some effort into your appearance since your looks are likely what’s going to grab someone’s attention at the outset.

One physical feature that many women find attractive is height. Studies have shown that women have a preference for taller men. While most people say that a tall man should be at six feet tall, another rule of thumb is that the man should at least be taller than the woman while she’s wearing four inch heels.

A great way to be tall is to stand up straight. It may not actually make you tall, but you do yourself no favors in the height department by slouching.

This one should go without saying, but respect her boundaries. If she says no to a certain thing, she means that she doesn’t want to do it, not that she wants you to convince her otherwise. If she says yes but without much enthusiasm, then she’s got reservations about whatever the thing is so you should try to reassure her that everything will be just fine.

Not everyone is going to find you desirable. But there are a few things that you can do in order to maximize your desirability when it comes to Ukrainian women. They’re not foolproof, but they aren’t likely to hurt your chances either.